Missiles have struck a Syrian airbase in Homs province early on Monday, state media reported, with Russia blaming Israel for carrying out the attack.

“Our air defences confronted a rocket aggression on T-4 military airport,” SANA quoted the source as saying. The source added that eight missiles were shot down. Syrian television said civilians in the area heard loud explosions.

Some Lebanese media outlets said residents living near the northeastern border with Syria heard jets in the sky in the early morning hours, suggesting that the attack may have been carried out by Israel.

An Israeli military spokeswoman did not want to comment on the Syria raid.

Israel has previously targeted “Iranian targets” inside Syria. On February 10, an Israeli air raid targeted an ammunition warehouse at the T-4 military airport.

Israel’s military claimed earlier this year that Damascus had allowed Iran’s Revolutionary Guard to operate the T-4 military site, according to the Times of Israel.

Monday’s attacks took place after aid organisations estimated that more than 70 people were killed in a chemical attack on rebel-held Douma, outside Damascus, on Saturday.
Clouded with confusion

Al Jazeera’s Mike Hanna, reporting from Washington, DC, said the Pentagon denied that the US conducted the attack in Syria, even as President Donald Trump had vowed there would be a “big price to pay” for the chemical attack.

“There is also an insistence from the US that there is no knowledge that any allies conducting strikes in Syria. So the situation at the moment is clouded with confusion.”

France also denied being behind the attack on the airbase, with Colonel Patrik Steiger, the spokesperson for the French armed forces, telling AFP news agency: “It was not us.”

“We do know that President Trump will be meeting with his military leadership in the course of Monday to discuss an appropriate response to what the US insists was a chemical attack carried out by the Syrian government in Eastern Ghouta,” Hanna reported.

Damascus and its ally Russia have denied carrying out the chemical attack.

“Many dead, including women and children, in mindless CHEMICAL attack in Syria,” Trump wrote on Twitter.

“President Putin, Russia and Iran are responsible for backing Animal Assad. Big price to pay. Open area immediately for medical help and verification. Another humanitarian disaster for no reason whatsoever. SICK!” he said.

Trump also discussed the chemical attack in a telephone conversation with French President Emmanuel Macron on Sunday, the White House said, with both leaders vowing to coordinate “a strong, joint response”.

In April last year, Trump ordered air raids on Syrian government facilities in the wake of a chemical attack in the rebel-held town of Khan Sheikhoun, which killed at least 80 people.
Tightening grip on Eastern Ghouta

Meanwhile, SANA said the first batch of prisoners who had been kidnapped by Syrian rebels in the Adra region inside Eastern Ghouta since 2013, were released from the town of Douma.

In return, rebels and civilians will be allowed to leave Douma, the last opposition-held pocket near the Syrian capital Damascus.

Under the Russian-brokered deal, thousands of fighters from Jaish al-Islam will safely leave the town for an opposition-held area in northern Syria.

The accord will tighten the government’s grip on Eastern Ghouta, a former opposition enclave, which has been the target of a sustained campaign by the Syrian military in recent weeks.

Should the government recapture the whole area - as now looks likely - it would deal the harshest blow to the rebels since December 2016, when Assad’s forces regained full control of the northern city of Aleppo following a Russian-backed campaign.

Syria chemical attack: 'It was like my lungs were shutting down' 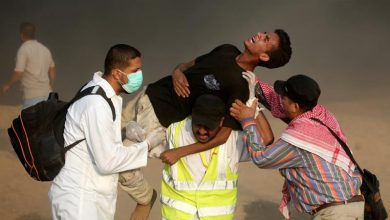 The past six months in Gaza have been like another war. 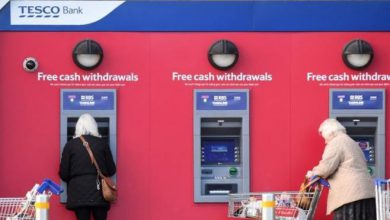 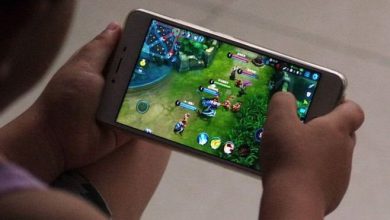